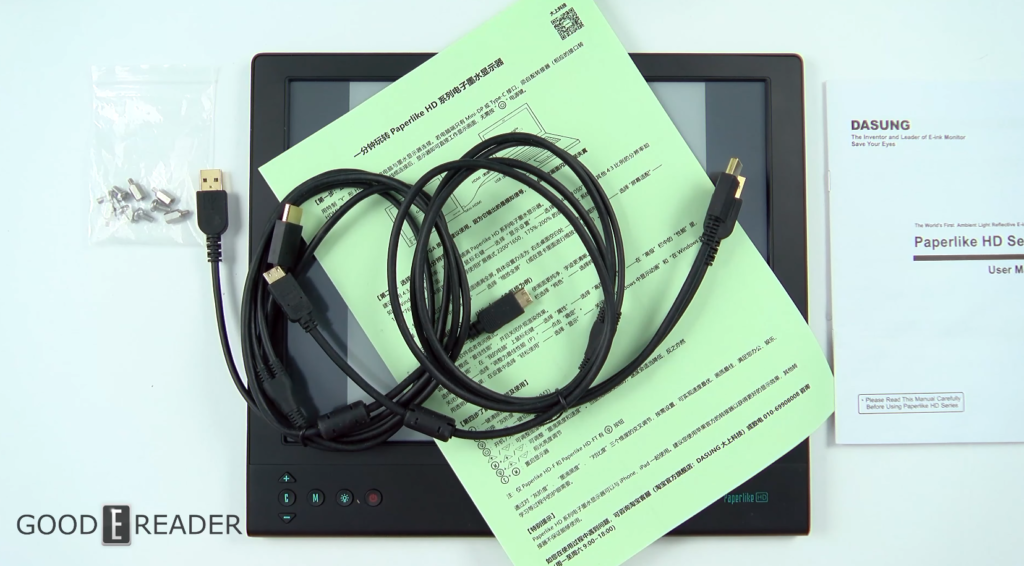 The Dasung Paperlike 3 HD is the best E INK based secondary monitor that is currently available. Not only does it pair up nicely with your PC or MAC, but also a smartphone. It has a front-lit display with LED lights that project light evenly across the screen, but also a touchscreen. It does not have an internal battery, storage or anything else, it is a monitor. In this unboxing video we give you a sense of the retail packaging, what comes inside the box and the overall industrial design of the Paperlike 3 HD.

Jeremie Rousseau, from France, suffers from a genetic disease called Syndome Triple-A, a rare autosomal recessive congenital disorder. There are several symptoms that result from this disorder - and one of these is alacrima - the inability to produce enough tears. Jeremie finds it very difficult to work with computer monitors - even after following his Doctor's advice to decrease the contrast and brightness of his LCD display.

Jeremie was looking for solutions that will enable him to work for longer times in front of a monitor, and he found a good solution with Dasung's Paperlike E Ink monitors. Jeremie finds that he can work for many hours in front of the E Ink monitors - used to read, write e-mails and read long PDF files.

We have recently reviewed Dasung's Paperlike HD-FT, which is based on a 13.3" 2200x1650 touch display with a front light. Jeremie has an older version, that does not include touch, but has a Wacom touch tablet which uses for his work.

Jeremie is not just a user of an E Ink monitor - he is also a developer and he created a special Paint application specifically for E Ink displays. The application can be tested here - http://essaie.fr and Jeremie welcomes other E Ink users to test and comment on his application which may help others.

The Paperlike HD-FT is now shipping globally, at Amazon.com you can buy it for $1,199.

In the last 5 years, DASUNG has developed and launched multiple generations of Paperlike E-ink Monitor that users in 70 countries can’t live without. And we never stop innovating! Due to the product’s creativity, uniqueness and beneficial value, DASUNG’s E-ink monitor Paperlike and its mobile phone monitor Not-eReader, has received spontaneous reports from more than 20 languages and more than 110 domestic and overseas technology media. The pact is far-reaching.

Customers from 70 countries and regions "We can read for hours withour feeling like our eyes are burning off from a harsh backlight. Chinese company DASUNG wants to bring that same experience to computer monitors."

“If your day job involves prolonged computer use, that’s obviously a perennial worry, but a new campaign by Chinese manufacturer Dasung may have the solution: the Paperlike, a backlight-free e-ink monitor for your desktop.”

“Paperlike HD touch has a new board from the previous model. Achieved faster response speed & low delay operation. In addition, the touch panel has become more intuitive to operate than a mouse.”

“The Dasung Paperlike HD E-ink Monitor is What Every Author Needs.”